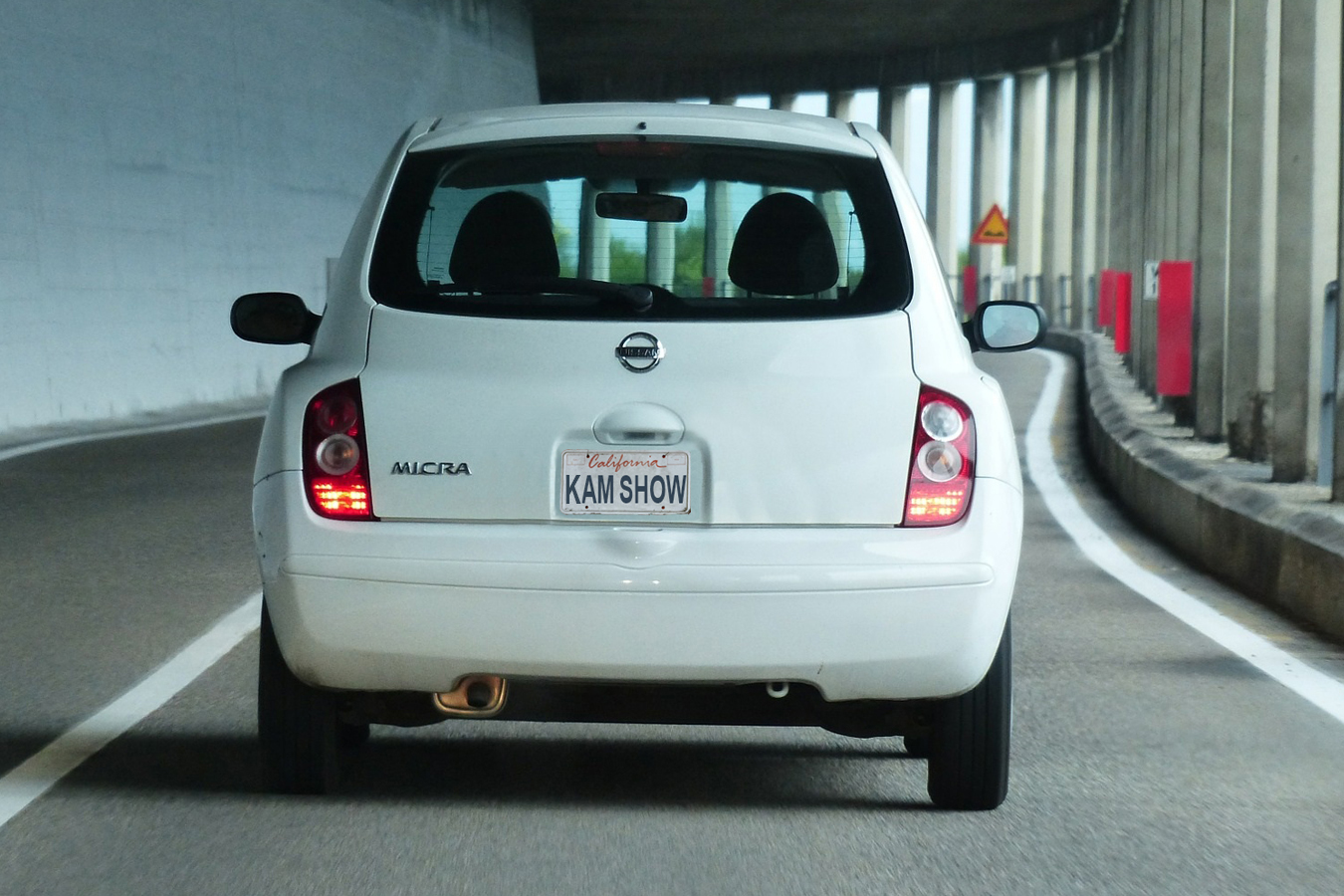 As a parent, it seems like there’s a fine line to walk between providing your children the advice and coaching they need and just letting go and letting life be their best teacher.

A few years ago, my son, Kameron, had just gotten his driver’s license.  We were all enjoying his new freedom.  For him, it meant he could drive himself to school and have more flexibility to do things with his friends.  My wife and I also enjoyed our new freedom, as it made the morning routine much less hectic, and Kam could even run some errands for us.

One weekend Kam and I were cleaning out the garage and taking loads of unneeded items to a donation place or to the recycling station.  We had eight or ten half-used cans of paint that we tried to take to the paint store to recycle, but it was closed on Sunday.  I asked Kam to finish the job and take the paint on Monday.  I would be back at work, and he was on summer vacation.  He was still a fairly new driver, but since he had been with me during the first trip to the paint store, I was confident he could find his way back, even though the store was in a fairly busy part of San Jose.  I knew it would be a good learning experience for him to take care of this job.

I was at work the next afternoon, when Kam called me.  I was busy in a meeting, and I didn’t pick up.  He called again a minute later. And then again. I knew something was wrong, so I stepped out of my meeting to talk.

Kam was very upset.  On his way to the paint store, another driver had cut him off.  Kam had to stop his pickup truck very suddenly.  When he did, apparently the paint cans slammed against the bed of the truck, and one of them came open.  Ugly brown paint was now flowing out of the back of his pickup.  Another driver had noticed and was waving and shouting things at Kam in a very upsetting way.  It was a situation that would likely rattle even the most experienced driver.

I was trying to be calm, asking him questions about what had happened, providing some ideas and advice.  I even suggested just trying to be quiet and sing HU a few times so he could compose himself.

He was still a bit heated and said, “All of that sounds so easy when you’re there in your nice office, and I’m out here dealing with this mess.”  He was right.  Of course it’s easy to give advice when we’re outside the fray.  That’s kind of the point.  When we’re in the heat of the moment, it’s hard to see clearly. I’ve learned the HU can help me gain control of my emotions and see things from the viewpoint of Soul. Then I’m able to receive divine guidance, and my capabilities are infinite.

I knew I wasn’t going to be much more help over the phone.  I desperately wanted to make things better, easier for him, but with traffic I was an agonizing forty-five minutes away.  Helpless, I said, “I’m on my way. You can do this.”

I rushed to finish some things at work and tried to hurry home, but traffic was thick, as usual.  I was stuck. There was nothing more I could do but wait it out.  I tried to follow my own advice and sang HU in the car while the traffic crept along. I tried to let go, knowing there was nothing more I could do.  Then something caught my eye.  The license plate on the car in front of me said KAM SHOW. I recognized this as a waking dream, a sign from the Holy Spirit.  In an instant I knew that this whole situation had nothing to do with me.  It wasn’t mine to fix.  It wasn’t mine to stress about.  This was Kam’s show—an experience just for him.  I had done all I could as a father, and it was time for him to get his own experience.  I relaxed and finished the drive in peace.

When I pulled into the driveway at home, he was just pulling in as well.  He was still rattled, but he had worked out a solution to his paint mess.  It had been a painful and frustrating experience for him, the kind none of us would choose to go through.  It had also taught him some important lessons about independence and self-reliance, lessons that are best learned from experience.

We scrubbed and scrubbed his truck, but the brown paint never quite rubbed off all the way.  Until we sold the truck a few years later, looking at the stains would make me shake my head and smile. It was a harmless reminder of the gifts that lie hidden even in the most uncomfortable lessons.

Would you like to try seeing a situation from a higher perspective, from the Soul perspective? Click here to try the spiritual exercise Game of Chess.