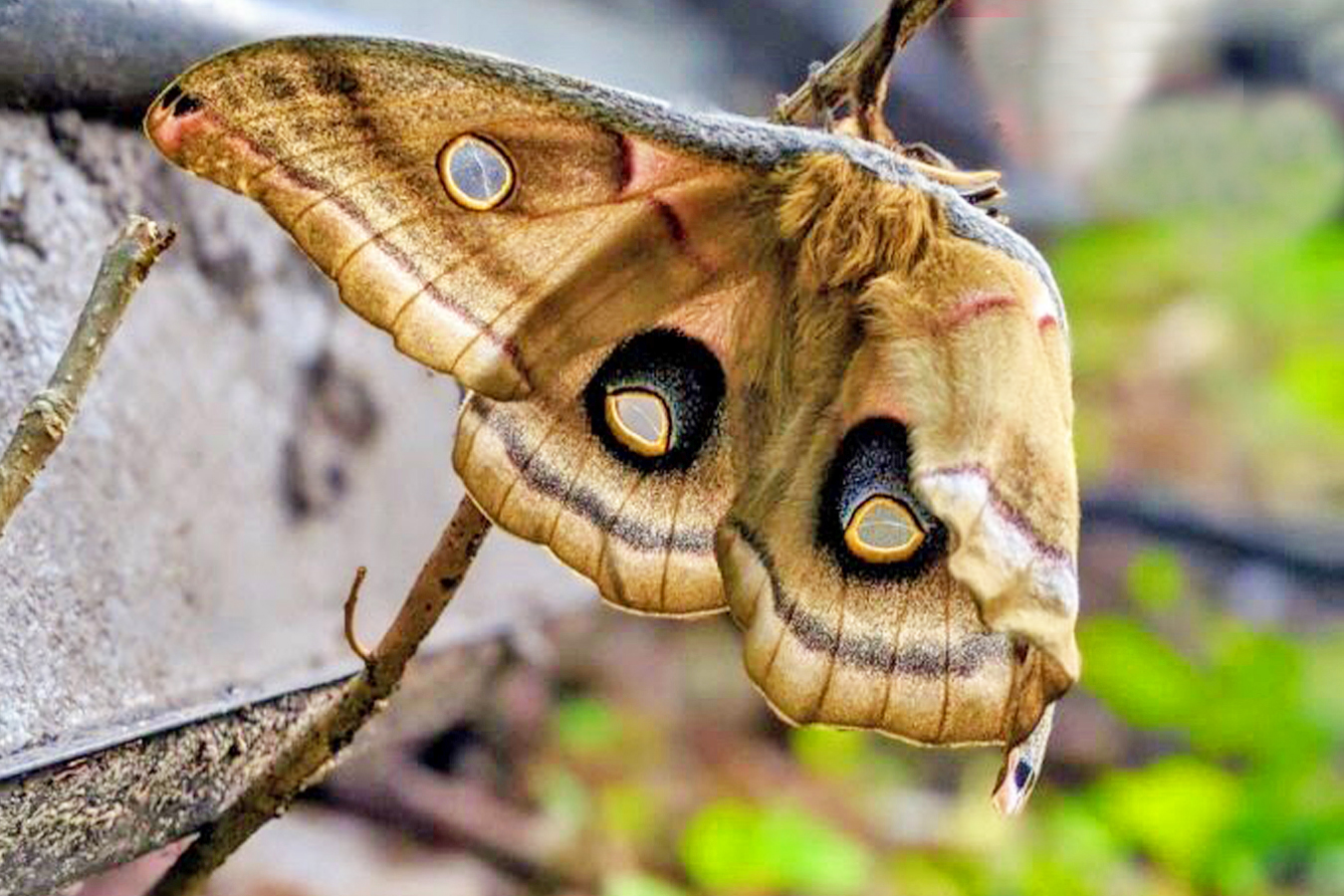 The struggle of the emperor moth is essentially the struggle of Soul in the lower worlds. It is an important phase of Soul’s development. Through our experiences here on earth, Soul develops the beauty and grace It needs to become a Coworker with God. And when the time is right, the individual is led to the path of ECK, to begin the most direct journey to God.

A biologist found the cocoon of an emperor moth and took it to his lab for study. Finally the cocoon began to tremble as the moth made its efforts to come out into the world.

He watched the cocoon for a while, growing more and more impatient. Finally he decided to help the moth out. He would make it a little easier for the moth to get into the world. Using a tiny pair of scissors, he carefully cut through the concretelike rim at the top of the cocoon. The moth popped out almost instantly.

The biologist waited for the moth to spread its beautiful wings and show its pretty colors. But nothing happened. The moth was misshapen, with a huge body and very tiny wings. He watched it walk around slowly, unable to lift itself off the table. Eventually it died, never having flown.

The scientist began to read about the emperor moth, trying to figure out what had happened.

The biologist realized that he had actually done the moth a disservice by sparing it what he considered unnecessary hardship. Deprived of its natural birthing process, the moth had emerged a misshapen creature, incapable of fulfilling its potential.

We often do to our own children what the biologist did to the moth. After all, we want them to have every advantage. We pile money upon them. We make sure they get to attend all the proper social occasions.

Children today are no different than they were in my generation. The only difference is that we survived and became adults. Now that we have children of our own, we forget that we said the same things to our parents that our children are saying now: “Please let me go here, let me go there, everybody else is doing it,” and so on.

This puts a lot of pressure on parents. We love our children, just as our parents loved us. But with misguided tenderness, we sometimes give in too quickly and just say yes. This can be a disservice to our children. It doesn’t allow them to develop in a correct spiritual way.

This attitude was common in the earlier days of Eckankar. The parents were still in the flower-child years of their own youth, and they didn’t want to restrict their children’s freedom in any way. But it was freedom without responsibility.

This principle was often overlooked by parents in the early days of ECK. They became very upset when other people tried to set their children straight by saying, “Hey, quit kicking my shins.” Anyone who corrected their children was interfering with their total freedom. The parents were unbalanced in that they didn’t yet realize that with total freedom comes total responsibility.